How Does A Solar Energy Monitoring System Work Using IoT?

Considering utilizing solar power for your building’s energy needs (and potentially generating additional revenue by selling some of that power back to the utility)? You’re in good company—it’s estimated that 70,000 solar panels will be installed every hour over the next five years worldwide. Among the many decisions you’ll be making with regard to your solar power system is how to approach monitoring. Monitoring is a critical component of any system, and contributes to its overall cost and effectiveness.

This article discusses solar energy monitoring systems using the Internet of Things (IoT)—how they work, the kind of data you’ll get from using them, and how to monitor cost-effectively and reliably.

To maximize your solar system’s full potential, it’s smart to implement other energy-saving measures in your building first. Talk to us about how our smart building solutions can help.

Almost every installation comes with a solar power monitoring device, because it’s important to stay informed about what the system is producing and how well it’s performing. Whether you’re using the energy to power your own building or selling the extra energy for a fixed price to a utility company, you need to know when something goes wrong so you can address the problem quickly—and continue to derive the maximum benefit from your investment.

Picture a solar array on a roof or in a field. It’s made up of thousands of solar panels, all of which are independently producing some amount of electricity. All of them are wired together back to a central point, where solar inverters convert the direct current (DC) energy produced by the panels into alternating current (AC) energy that can be used to power building components.

To monitor various aspects of this process, most systems take advantage of a network of wired sensors.

A solar power monitoring system using the IoT works like this:

The success of your monitoring system depends in part on the reliability of your communication network—how well and dependably the gateway can transmit information to the cloud. If for some reason the network fails, your devices won’t be able to transmit data, which could cause you to miss important data indicating performance issues, or misinterpret other available data.

To date, most all monitoring systems have been comprised of wired sensors/components. While effective, the cost and maintenance expense has limited the number of sensors that one would place into service on a given system. With wireless IoT configurations, hard wire costs and subsequent maintenance is substantially reduced, allowing for a higher level of data collection, monitoring capabilities, and subsequent learning/AI applications.

Many systems rely on cellular networks or WiFi to communicate. Cellular coverage is a popular choice and has extensive coverage geographically, but it’s also fairly costly. And WiFi presents its own set of challenges in that many IT departments hesitate to allow third-party IoT devices on their networks due to security concerns. Solar power systems for commercial use often come with a subscription component for a monitoring service and/or cellular connection as part of the package.

A middle-ground option that falls somewhere between cellular and WiFi is Iota’s nationwide dedicated IoT network. Designed specifically for IoT connectivity, it functions a lot like WiFi but has a much broader range. It also avoids the security issues associated with WiFi, and can prove in many cases to be more cost-effective than cellular. Our network system connects standard Bluetooth Low Energy and WiFi-based gateways and sensors to the cloud, from which any end-user software application can access the sensor-based data. It’s reliable, scalable, and secure.

Monitoring systems provide a wealth of information about the performance of a solar system. Sensors can help monitor external conditions such as:

They also measure elements surrounding system performance, such as:

In the short term, monitoring allows you to see when some element of the system isn’t working properly so you can correct the problem as soon as possible. And when you have multiple years of monitoring data, you can start to see trends regarding solar output and efficiency, and use that information to optimize the system’s overall performance and even its maintenance schedule. For example, a buildup of dirt and debris on panels could reduce its electric power generation output; by looking at performance and maintenance data together you could alter the cleaning schedule to avoid any downturn in performance.

Take The First Step Toward Solar

There’s a lot more to solar than solar power monitoring devices. If you’d like some guidance about how to get started with solar energy, you can talk to us. Our team of experts can help design a solar project that meets your specific financial and energy objectives. Having designed and installed everything from pilot projects to regional roll-outs, we can help you every step of the way—from creating detailed financial models to customizing a solar system design to final installation. Or, if you have an existing system, ask us about our IoT network for your solar energy monitoring needs. We’re happy to help. 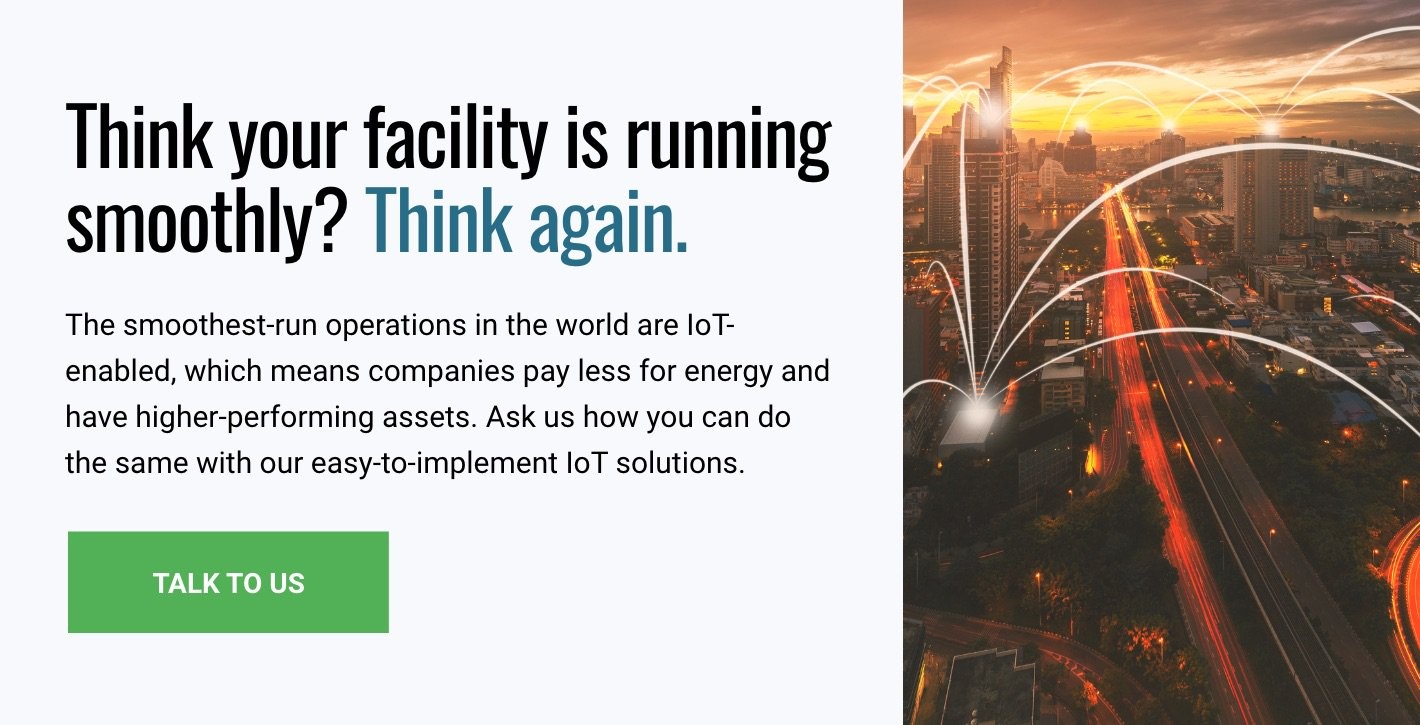 The 4 Components That Make A Smart Building Ecosystem